Team Archadeck was introduced to encourage active and healthy outdoor living beyond the outdoor spaces, rooms and accessories Archadeck of Central Iowa develops for our clients. I’ve also said that it recognizes that getting outdoors is the first step in “outdoor living.” However, there is a very important step ahead of that.

Earth Day has been observed annually on April 22nd since 1970. So, today seems an appropriate day to take a step back and say the real first step in outdoor living is maintaining a healthy outdoors to live – and play – in. I think we would all agree that healthy living – indoors or outdoors – is dependent on a healthy environment.

In the mid-to-late 1960’s, a growing awareness of links between pollution and public health in social, scientific and political forums culminated in the establishment of Earth Day. In comparison to today, this movement had broad support politically and socially and from business, economic, science and educational sectors. The Earth Day movement spawned the Environmental Protection Agency and legislation such as the Clean Air / Water Acts and the Endangered Species Act. For its first 20 years, the Earth Day movement was focused here in the United States. But in 1990, Earth Day went global, bringing environmental concerns onto the world stage. More detail on the history of Earth Day and its ongoing evolution amidst the ever-increasing challenges it faces can be found at this link.

2020 will mark the 50th anniversary of Earth Day. You can learn more about their goals to shape 21st century environmentalism here.

Needless to say, I believe this is an important venture. Regardless of anyone’s position on climate change, global warming, the Green New Deal, the Paris Accord or any other hot button terms or policies, its hard to dispute that mankind’s efforts to develop and evolve our lifestyles on this planet have resulted in many instances of poor stewardship of our planet over the centuries of our existence. Likewise, as science and technology have evolved, the more we learn of the negative impact to our environment from mismanagement of our planet’s valuable resources. On the flip side, science and technology have also shown us the positive impact policy, technical and lifestyle changes have had – and can have – on our environment. Few would dispute that air and water quality here in America are better than they were in the 1960’s. The movement of Earth Day is greatly responsible for that. Any that would dispute that, likely weren’t here to experience it – experientially or educationally – nearly 50 years ago (I was 12…on the cusp of awareness, because I had Walter Cronkite, not Playstation, after school (thanks, Mom) ). As that segment of the population grows, it gets taken for granted. Disinterest breeds from that. Followed soon by complete denial…and division. Which is where we are today and which underscores the need for Earth Day. Again. Continuously.

49 years ago there was broad, bipartisan support across all sectors of our country for improvements in environmental protection. Our leadership on this spread globally within 20 years. 49 years later, I’m not sure where that support stands in our country. With the exception of a few (impactful) countries (of which the USA is one), I think global support remains strong under evolving leadership on the global front. I would like to think that there is still strong public support (like what I am professing here) here in America and that the job is not yet complete (and may never be). But, top political and business forces present a different picture today…unlike 50 years ago. If I am wrong in my view of strong public support, then I fear for what lies ahead for my grandchildren and their children. If I am right, then we have to question, pressure and likely change political (thru voting) and business (thru support of earth-friendly businesses and products) leadership to reflect and respect the value of our country’s and our planet’s views of this…including science and technology. Right or wrong, Earth Day has never been more important than it is today.

Its never too late or too early to at least become aware of (or be re-awakened to) Earth Day, its history, its successes, it goals and its challenges. Its never too early or too late to become involved in supporting our planet’s healthy evolution, in as minimal or extravagant ways as make sense for you. Here are some local events commemorating Earth Day, 2019, you might consider attending/supporting:

On this Earth Day, 2019, my support is in using this forum to raise or maintain awareness. Additionally, later this week, I will participate in that Earth Day 5K Virtual Run which is helping to raise funds for Wild Earth Allies. If anyone wants to “run” with me…Team Archadeck…let me know via e-mail or message us via Facebook.

There is more I can do, individually and thru this forum and I pledge to do that over the course of the year leading to the 50th anniversary of Earth Day next year. I suspect it will be just – if not more – important next year (an election year)…and every year after. 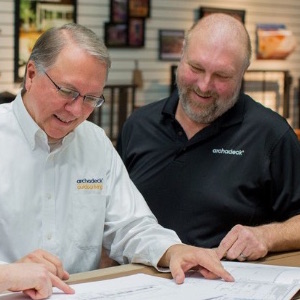